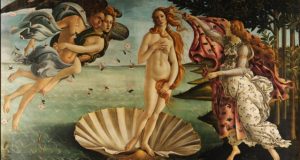 These sessions build on previous classes and offer the chance to break down the social and political structures of Greece and Rome that influenced, manipulated and created myths, and cults, that changed the face of the Ancient World.   At the same time, however, there remained devout worshippers whose beliefs in the traditional gods were an integral part of Greek and Roman identity.  In his pair of classes the participants will uncover the complex juxtaposition of these two forces, and consider the issues of reason and belief to uncover why myth remained such a huge part of civilisations that were making such great strides into science, medicine and the art of thinking.

Please note that this one day conference includes both the afternoon and morning sessions.