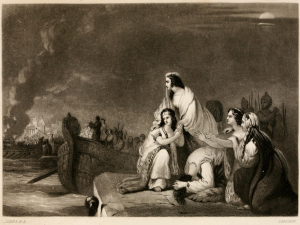 Tales of the war at Troy have been told and retold through the eyes and mouths of men for thousands of years.  But what about the women and children who were caught up in that war, the women and children who suffered ten years of siege and hardship? And worse, the women who after their brothers, husbands and sons had been slain, were left alone to face the ever-burning anger of the Greeks?   This seminar tells the tale of the Trojan War from the women’s point of view. Drawing on literature, art and archaeology from the ancient world and the modern era we will stand side by side with the Trojan women as they stare their fate in the face.  Participants are advised to do some background reading or research on the Battle of Troy in different genres.